♦ No Bias Adjustments Ever 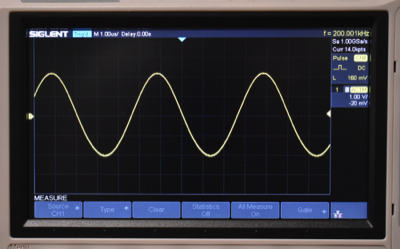 The original design has been completely revisited.  It has been made simpler, easier to build, much lower cost, and quieter.  Distortion levels are very low.  There is nothing to adjust or go out of calibration.  Heat has been dropped to only 180 watts which is much easier to live with.

The design went from three tubes per channel to two and the idle current through them has been reduced which will allow them to last much longer.

Consequently, power has been reduced but most people use these types of amps with speakers that only require one watt.  Power doubles into 16 ohms and distortion cuts in half.  It does surprisingly well with 8 ohm speakers with a 95 dB sensitivity such as the Tangband designs shown on this website.  To maximize performance, we have designed a low cost 16 ohm matching speaker that you can build.  Full plans are here.  This is a top performing speaker that works extremely well with all Transcendent Sound amps.  If more power is desired, the amp can be bridged into mono which will yield 4 watts into 8 ohms and 5 into 16.  (Power does not double in bridged mode because the amp runs out of voltage.)  If you build the matching speaker, monoblocks will not be necessary.

Transcendent Sound has always strived to bring the audiophile top notch performance at low, affordable proces.  Mating the new Mini Beast with the Slider, building the Raspberry Pi DAC and the matching 16 ohm speaker, will create an outstanding system for less than $3000.  In todays Hi-end world, that is a super bargain.

The most critical parameter for an amp like this is noise.  Sensitive speakers not only reveal the delicate nuances of music, they reveal any system noise.  Here is a plot of the A weighted amp noise with no input into 8 ohms.

Notice that the bulk of the noise lies below the 12.5 micr0volt RMS line.  (On this program "n" means microvolt.)  This is well below detection.  The largest noise spike is 56 microvolts at 180 Hz.  This is the the only noise component that may be possible to detect.  The second biggest spike is at 60 Hz at 47 microvolts, too low to hear and most of that is noise bleeding into the test setup.  The program calculates a net full bandwidth noise of 142 microvolts, but that is misleading becase it is spread out over the full bandwidth.  The noise is vanishingly low.

Signal to noise ratio- greater than 86 dB into 8 ohms and 90 dB into 16 ohms referenced to one watt.  See above for greater detail.